What is an angel investor?

Angel investors are high net worth individuals who invest the capital they have at their disposal into small startups or entrepreneurs in exchange for equity. They are also known as private investors, seed investors, or angel funders.

Angel investors could be found among an entrepreneur’s family, friends, and immediate network. That is why the famous acronym – Friends, Family, and Fools (FFF) was created.

The financial backing that angels provide may be a one-time upfront investment to help the entrepreneur take off or an ongoing continuous injection to support and carry the business through its extremely difficult early phases.

Early-stage startups are very risky and full of many unknowns and hence why institutional investors usually refrain from getting involved. Often, those companies lack any traction and financial results whatsoever. That is why they use either personal resources (bootstrapping) or angel investment.

Angels provide much more favorable contract terms compared to other financial backers because they usually step in when the entrepreneur is just starting the company and building his/her prototype rather than when the venture is scaling. Those investors are there to help startups take their first baby steps because (due to their previous entrepreneurial experience) they know that it is a long game and they won’t be able to get a short-term profit from it. In that regard, they are quite different from venture capitalists (VCs).

What is a startup pitch?

A startup pitch is a presentation of a project to investors.

In our previous post, we mentioned that a pitch presentation can be categorized by several attributes like focus (business model pitch, team pitch, product-solution pitch, vision-opportunity pitch, and other), length (one-liner pitch, elevator pitch, competition pitch, and investor pitch), timing (presentation pitch deck and email pitch deck). As you can probably guess, those pitches may or may not need a presenter (depending on whether you are sending the document via email or you are presenting the idea at a live event).

If you have ever wondered where the term “pitch” comes from, we are here to tell you – it actually has roots in American sports. In baseball, for example, it describes a throw from the defending team. The pitcher’s task is to throw the ball in such a way that the opponent misses hitting it with his/her bat and the teammate easily catches it. Due to the fact that it’s impossible for the players to talk, every pitch turns out to be a communication problem that needs to be solved.

The term gained popularity during the early 20th century mostly in the sales circles and it was not until the 80s and 90s when it began to be used in today’s usual sense – a presentation of a startup in order to get funding. During these years, personal computers (PCs) became affordable enough for hobbyists to develop IT products (mostly software) from the comfort of their homes.

Most active angels go through hundreds of pitch decks and listen to dozens of startup presentations every year. Sadly (for a large part of the entrepreneurs), they invest only in a very small number of those projects. So how do angel investors choose? The truth is there is no single answer to that question, however, in this post, we will try to explain the most common ways they analyze the deals they receive and what are the features that they look for the most in startup founders and teams.

As previously explained startup pitches are usually done during screening sessions, where entrepreneurs try to pitch their idea in order to obtain investment. One of the positive sides of such sessions is that angels often provide feedback to the presenter. This feedback can prove invaluable to improving, not only the presentation but also the whole structure of the startup and the product/service itself.

It is not a rare case when angels (sometimes former entrepreneurs themselves) give a single piece of advice that helps the founder raise the needed money. That is why founders should not get discouraged when their pitches are being torn apart during screening.

We know that it is easier said than done, but entrepreneurs should work on getting their skin thick and should not lose their motivation just because their current presentation failed. Every failure has to be used to feed the positive feedback loop of the fundraising process. In other words: brace yourself – getting money for your company is going to be hard, but if successful it will be extremely rewarding.

As we mentioned, some angel investors are former (or even current) startup founders themselves and they know how mentally exhausting the whole cycle of getting the needed capital is. That is why some of them provide mentorship on how to accelerate it. They may not want to invest at the beginning of the process, but there is a high chance that they will if the founder proves his/her mettle during the mentoring.

The upper-mentioned fact is the reason why first-time entrepreneurs will seriously benefit greatly by being introduced to an experienced angel. Being taught by a person who already went through the whole hurdle could be even more precious than getting the money right away.

All around the world various organizations, associations, and hubs organize events during which startups present their ideas and try to secure funding (and possibly important to their development contacts). In this post, we will take a look at the Tech Coast Angels’ procedures regarding such events.

Who are Tech Coast Angels?

Tech Coast Angels (TCA) is one of the most successful angel investor groups in the US and has been supporting innovative ventures since the end of the last century. The core purpose of the angel network is to identify and invest in disruptive early-stage startups and help them get their ideas to the wider market. TCA provides not only funding but mentorship and access to an already large network of partners.

The startup screening sessions are an important part of the TCA’s funding process. Each year the angel organization has about 500 companies apply on their website. About 25 percent of these companies make it to the screening phase and around 10 percent survive the due diligence step.

1. Web Application – The first step you need to undertake in order to enter the Tech Coast Angels’ funding process is their online application. This process includes filling out an application with an overview of the company, including a summary of its financials. The founder will also need to upload an investor PowerPoint deck.

You can find more information about applying for TCA funding here: https://www.techcoastangels.com/apply-for-funding/

2. Initial review – TCA analysts and industry-specific investor panels perform an initial analysis of the application and decide whether it is within the scope of interest of the group. If it passes this first stage, the founders will be invited to pitch at a pre-screening session.

3. Pre-screening session – Each panel’s pre-screening process could be a bit different, but the general concept is an elevator pitch between 8 and 15 minutes, followed by questions and answers. The pre-screen deck is given to a small group of TCA members who have domain expertise in the startup’s technology or market on a web conference call or at a separate meeting. The purpose of this pre-screening meeting is to determine if the company is ready to present to the larger group, and give the founders constructive feedback to improve their presentation. Entrepreneurs will also receive feedback, and if they pass the pre-screen, they are invited to present at a screening session.

4. Screening session – Most often around four startups present at the screening sessions which Tech Coast Angels organizes two times a month. This presentation consists of fifteen minutes of digital presentation and fifteen minutes of questions and answers. After each presentation, the entrepreneur is asked to leave the room while TCA members discuss whether there is enough interest to move forward into due diligence. The presenter is then invited back into the room and given immediate feedback. Presentations are usually videotaped so that members who are not present can participate later online on their member-only secure website. The goal of a screening session is to get significant interest from TCA members and attract a “deal lead”, who will coordinate the due diligence and be the founder’s point of contact throughout the due diligence and funding process.

5. Due diligence – A due diligence team is formed based on the number of interested members who signed up during the screening. A deal lead steps forward to coordinate the due diligence activities. Due diligence consists of verifying representations by the entrepreneur, speaking with customers, reviewing agreements and patents (if any), checking references, backgrounds, etc. The results of the due diligence process are posted on the TCA website (in the members-only section), and if the results are positive, the venture moves forward to a monthly lunch or dinner meeting, depending on the network.

6. Monthly launch/dinner meeting – Startups that pass the due diligence process present at monthly lunch/dinner meetings at most of the networks, introduced by the “deal lead”, who led the due diligence team. This allows the entrepreneurs to present to members who may not have seen their initial pitch. This is the final opportunity for entrepreneurs to gather enough interest from members to secure funding. Typically a signed term sheet is available when a company pitches at this phase. Generally, Tech Coast Angels members’ terms of investment follow “standard” terms for financings developed over the years by VCs and other sophisticated investors.

7. Funding – It usually occurs after there has been enough interest generated through dinner meetings and internal communication from the entrepreneur and deal lead. Members invest in deals individually; however, everyone invests based upon the same term sheet. Thus, only a small percentage of our members need to participate in the venture to secure funding. Typically, the minimum individual Tech Coast Angels member’s investment amount is $25,000.

The majority of TCA’s investments are in ventures located within Southern California. However, the angel network will consider ANY startup and seed company based on meeting the other criteria. Depending on the technology and market segment, TCA will determine the best network for your funding needs. The syndicate deals (inbound and outbound) with many angel groups within the US and are one of the leaders of the Angel Syndication Network which includes more than 50 Angel Groups.

You can find a full list of American member angel groups on the Angel Capital Association website.

Why those investment criteria?

Various angel organizations have different investment criteria. However, most experienced angels use pretty similar ways to evaluate the projects in their investment pipeline. The TCA framework described above is a good example of what such investor organizations look for in their prospective deals.

During startup pitch events, angels will not only evaluate the founder’s presentation skills but also the potential of the startup to massively grow (which in the startup world usually means a multiplication of value to more than 20 times). If the entrepreneur is able to give investors some pretty convincing numbers (solid traction and great scaling potential) then there is a high chance that he/she will move down their evaluation funnel rather quickly. 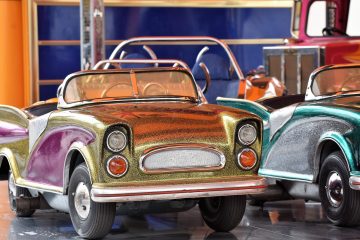 Ivo Georgiev from UXV makes your driving a safer place 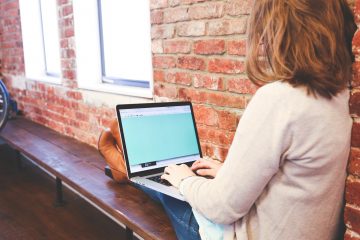 10 tips on how to talk to investors

Often first-time entrepreneurs lack the knowledge of what is needed for effective outreach. The mistakes that those first-timers make are usually related to their investor documents like pitch decks and executive summaries. 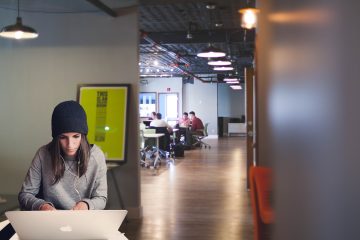 A pitch presentation can be categorized by several attributes like focus , length, timing etc. There are many categorizations that were born out of the fact that founders often present their idea in front of different audiences and for a different amount of time.