Seik is a free location-based social networking platform which introduces a decentralized feed for users to view and create posts, with an expiration date, all around them. By having a decentralized feed, users are not required to immediately have friends or followers upon account creation to populate the feed – as required by Facebook, Instagram, Twitter, and Snapchat. Instead, the feed is already publicly populated upon account creation. This enables users to more organically navigate and socialize with those around them, even away from them, before deciding whether to add, reveal, or follow other significant users. The organization of the feed is constructed with a mile radius setting (different cities, counties, countries, etc.) – creating a new, organic, and unsaturated perspective to social networking.

Seik’s innovation to social media is taken to a new height with the option of anonymity. Complementing our guarantee to privacy and transparency, users also have the option to anonymously chat with one another. To give the user even more control on top of that, there is an option of showing or hiding the location of the post made which can be simultaneously toggled with the showing or hiding of the username.

Unlike Instagram and Facebook having a non-expiring, flawed, saturated, and biased algorithm; showing what they “feel” to be the most optimal type of feed for their users, Seik allows flexibility for the user to decide. The “Current” segment arranges posts by the time of upload, while the “Trending” segment arranges posts by the number of likes, comments, and engagement.

These are just some of the main differences and innovations. But it is important to initially keep many somewhat familiar functionalities of the current alternatives (which can be noticed already with our current UI) while user adoption and migration occurs. This provides a sense of acceptance to the new and the letting go of the old. A recall of familiarity for users in new grounds helps for the permanent adoption and migration from the current alternatives. Through time, many more innovations will be integrated to make Seik the only best there is. But time and pacing of these ideas are of the utmost importance – to always give the user the anticipation that more new and exciting changes shall continue to come.

Surely, you’ve read the news by now. Cambridge Analytica acquired the personal details of 30- 50 million Facebook users to create deep psychological profiles to influence voters during the Trump campaign. The data included demographic information like age and gender, but also users’ political views, jobs, IQs, their levels of neuroticism, and whether they might be militaristic or even occult.

In the fine print, it disclosed that it would “download some information about you and your network, basic demographics and likes of categories, places, famous people, etc. from you and your friends.” Cambridge Analytica was using a sneaky but ubiquitous form of data collection on the social network.

Consumers are still amidst the fallout of this news. Heads will continue to roll, and fingers will continue to be pointed. Mark Zuckerberg has already offered a mea culpa. Yet we can’t overlook that the culprit here isn’t just one analytics firm working in isolation. It’s that Facebook allows people to sign over so many rights, so thoughtlessly, by design.

Facebook is part of an industry that fetishizes seamlessness and supposed user-friendliness over privacy and transparency. By characterizing these connected services, Facebook encourages consumers to sign their data away with a click on the name of the seamless design–and rarely gives the user a chance to object. This practice is now playing out in disastrous ways. Especially the fact that the #1 daily used social networking app, Instagram, is owned and heavily influenced by Facebook.

When a user decides to sign up with Seik, the only information fields requested are the username, email, and password. That’s it. Even if the user decides to use third-party login with Facebook or Twitter to save time, a randomly generated username is assigned upon successful login, which can be changed upon the convenience of the user. This minimal request for information is what sets Seik apart from all other social networks. Data protection through transparency.

If users wanted to bypass their real gender identity, age, name, etc. they would do so anyway as seen with the spam accounts that currently exist on all social media platforms. This underlying truth is what makes it unnecessary to request anything more than just the username and password for the initial account creation. If the user really wanted to deceive the system, they will eventually find a way, somehow. Seik’s solution for verifying the user’s identity and legitimacy will be through the engagement of services in which the user will feel a necessity to share further pieces of information with the app.

Too much information should never be requested at the initial sign up, but instead, gradually requested throughout usage. Since Seik is a location-based social network, collaborations will be made with potential affiliates that are also primarily functioning with geofencing technology such as Uber, Yelp, Airbnb, Lime (electric scooter/bike rentals), and DoorDash (food delivery), etc. which will make it very familiar for the user – providing a very valid reason for requesting more detailed information due to the services that are to be provided.

Some of the key takeaways from the Global Digital Report 2019 include:

At the same time, there are pronounced differences in the use of various social media platforms within the young adult population as well. Americans ages 18 to 24 are substantially more likely to use platforms such as Snapchat, Instagram, and Twitter even when compared with those in their mid to late 20s. These differences are especially notable when it comes to Snapchat: 78% of 18 to 24-year-olds are Snapchat users, that share falls to 54% among those ages 25 to 29.

In addition to adopting social media at high rates, the youngest adults also stand out in the frequency with which they use these platforms. Some 82% of Snapchat users ages 18 to 24 say they use the platform daily, with 71% indicating that they use it multiple times per day. Similarly, 81% of Instagram users in this age group visit the platform on a daily basis, with 55% reporting that they do so several times per day.

Currently, our only competitors in the market are Facebook, Instagram, Snapchat, and Twitter. These platforms all have distinct features that once made them somewhat unique, but now, they are all very much alike and at the age of their decline.

Facebook and Twitter can be seen as outdated social news outlets with a saturation of misinformation which has recently been proven to be heavily biased, dependent on the circumstance.

In a statement, eMarketer principal analyst Debra Aho Williamson attributes the decline to Facebook’s news feed changes, which reduced click-bait and other publisher content, as well as an overall lack of popularity with current teens. Twitter’s recent monthly user count has fallen for three quarters in a row, so to address the issue, Twitter has decided to stop announcing how many users it keeps losing.

Instagram and Snapchat are almost identical twins; Instagram made the obnoxious decision to completely copy the main functionality of Snapchat’s expiring photo/video story sharing option and, as of today, Snapchat still did nothing substantial to bounce back from this rip-off.

The common opinion of Instagram users is that it’s killing itself. The thought is that the algorithms are against users creating original content and that it’s holding back users in preference of brands and celebrities. The pay-to-play system of Facebook has taken over Instagram.

Meanwhile, Snapchat’s shrinking user numbers, combined with its loss of top executives along with a looming Department of Justice as well as Securities and Exchange Commission investigation into whether the company misled investors on the question of competition from Facebook’s Instagram service, had shaken its growth as well as any further investor confidence in the company. As if the failure to bounce back from Instagram’s obnoxious rip-off of their main features last year wasn’t bad enough.

Innovation and growth in the social media market have remained almost completely unchanged and stagnant since 2016. The anticipation by users for something new and different can be assessed with these analytics. 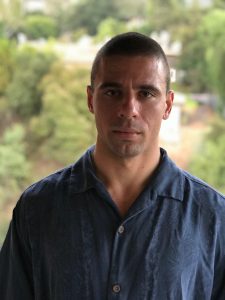 Gavin is an entrepreneur and CEO of Seik, Inc. Since a very young age, Gavin has always been entrepreneurial and business-oriented – very precise in what ideas he took past the conceptual stage of development, with a strong focus on the mobile app market.

Gavin had always worked with foreign freelancers by assigning temporary contracts, for feasibility, in developing his conceptual projects – having a strong focus on the cognitive physics of what captured the addiction of social media users in the majority of his concept developments.

None seemed to make it past the conceptual stage except but for one concept formulated into a mobile app called Seik. Since the age of 19, Gavin has been diligently working on the Seik app from the conceptual stage until now, being 24, reaching the functional prototype stage with 10,000 total user signups made within the first 3 months of launch by word-of-mouth advertising. With this growth, Gavin is currently looking to further expand his resources, network, and user count with the establishment of partners and a domestic team. Since Seik’s exponential growth, Gavin concluded that it is absolutely crucial, at this time, to take a more involved route in pioneering Seik’s success.